A Review on, Coffee Landscapes Shaping the Anthropocene (Part 1) 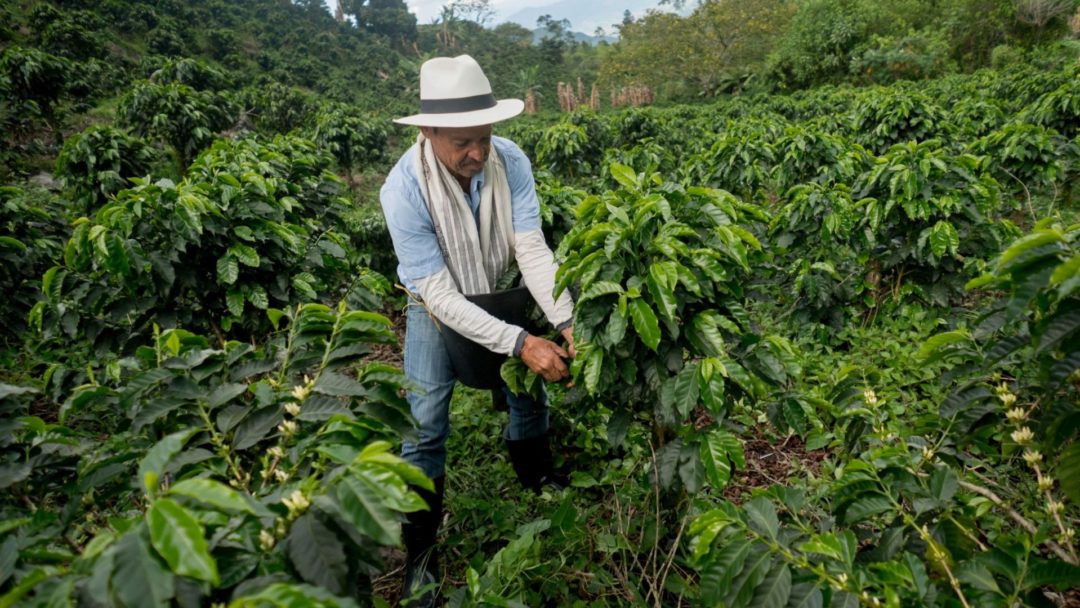 This blog is a review of an academic paper published in the August 2019 issue of Current Anthropology titled Coffee Landscapes Shaping the Anthropocene: Forced Simplification on a Complex Agroecological Landscape.

Introducing the Dynamics Between Ecology, Agriculture, And Human Migration (part 1)

I often find myself searching Google Scholar for peer reviewed academic pieces on the state of coffee production and the role trees play in sustaining not only coffee for our consumption, but also sustaining the ecological health and local economies within these regions. Thanks to my previous academic advisor who guided me through my graduate degree in anthropology, I simply had to check my email inbox to find this article.

Since first reviewing this article, I have expanded the content to include both additional references and personal experiences gathered over the decades of traveling abroad and visiting with coffee producers who come from a wide variety of backgrounds.

Ecologists Ivette Perfecto and John Vandermeer have been leaders in academic publications regarding coffee agroecology, releasing dozens of articles and several books diving deep into the complex dynamics between ecology and coffee production. Interestingly, this was their first publication catering specifically to anthropologists. As someone with background in anthropology, I was excited to learn more about this holistic view of looking at coffee agroforestry through a socio-economic and historical context.

The article focuses on the development of plantation economies in comparison to small farmers in southern regions of Mexico, resulting in two categories of agricultural systems described as “syndromes of production.”

These forms of production address how the larger structure of the plantation economy developed technification of coffee landscapes, which may have contributed to conditions driving the outbreak of coffee rust in 2012 (p. S236). This rust epidemic created a significant loss of coffee crops, driving many coffee laborers away from rural communities to look for employment in an already struggling economy.

As a result, researchers have seen a connection between human migration resulting in part from massive deforestation efforts that took place during the growth of the industrialized forms of agriculture in Central America. This connection between human migration and deforestation led me to email Ivette Perfecto for an interview to discuss what I interpreted as a “butterfly effect” between these issues.

In the paper, it is argued that the introduction of intensified agricultural production may have led to the spread of pests and diseases, particularly coffee leaf rust, which in turn lowered yields and increased financial hardships, causing an increase of human migration throughout Central America (Perfecto, et al.). A massive loss of work for thousands of coffee laborers followed the coffee rust outbreak, which was compounded by historically low coffee prices, quickly leading to a massive migration away from rural coffee plantations.

For some, alternatives for finding opportunity in the north became an appealing alternative to gang controlled urban areas of San Pedro Sula, Guatemala City, and San Salvador (Leutert, 2018).

The paper starts with a historical perspective and explanation of how colonialism shaped plantation economies, resulting in two syndromes of production, or otherwise described as “a set of management practices that usually go together” (Andow and Hidaka 1989). They describe two distinct realities of coffee production resulting from a long history of colonialism and agrarian land reform movements in the early 20th century.

On one end, there exists large private estate plantations that often reach up to 500 hectares in size. In contrast, the second syndrome represents smaller diverse landholdings run by independent farmers averaging in size from five hectares or less, equivalent to the size of about two American football fields.

The two syndromes of production typically encompass similar attributes and agricultural management practices. For example, larger estates typically use full sun, and if the variety of coffee and elevation of the farm is situated in such a topography that demands greater sun exposure, tree canopy is often removed.

In some cases, there are large shade-grown plantations in Guatemala that benefit from forest cover, although the design and maintenance of the land lend to a level of forced simplification, albeit not as drastic as some areas where no trees exist at all. Large estates that are technified place coffee plants closer in proximity, applying agrochemicals to assist in preventing diseases, pests, and enrichment of the soil through applications of synthetic nitrogen fertilizers.

These coffee producers typically have more diverse and native tree species planted throughout their agricultural landscape, and plant fewer coffee shrubs per square meter. With higher levels of biodiversity, this often implies a higher level of ecosystem services, including pest control, pollination, carbon sequestration, maintaining and replenishing soil fertility, and buffering against extreme climate changes and weather conditions. They often rely on these ecosystem services (such as white halo) to combat coffee rust).

Deforestation is often a result to intensified agricultural practices, but the intensity of deforestation will greatly depend on the topography of the land and the chosen variety of coffee to be grown.

Renovation is a word often used to describe the removal of older coffee plants that no longer produce a viable yield and are removed and replaced with new varieties. This removal often comes with a level of pruning or “cleaning” of the landscape that adds additional efforts to remove materials from the land that may be restricting the best potential of yield. This practice often sacrifices native trees and wildlife corridors, in addition to the general reduction of forest floor materials that are rich in micro-organisms.

These patterns of production are very well outlined in the article, and would be an interesting study to broaden the cultural boundaries beyond Mexico and apply these same fundamentals to the history of the disappearing small farming communities across the United States over the last century, with similar causation and consequence.

What is Coffee Agroforestry?